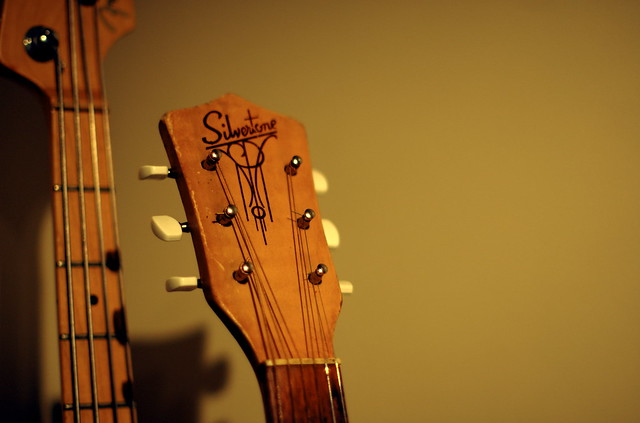 While I was spending the last 7 days building modules, packing modules, shipping modules, and delivering modules, all kinds of fun things happened in the music tech industry, as it turns out.

1. Elektron Analog Keys - Interestingly, when Elektron first announced they were going to announce that they would be announcing a new product, my initial reaction was "hey, an A4 with a keyboard!" Then I got to thinking "nah, they wouldn't do that, would they?" So I went off on this harebrained mental exercise on what they were actually going to announce they would be announcing. Turns out, I was right the first time. Yay, me. I'm not entirely sure how I feel about it at this point. The A4 has ingrained itself in to my WORKFLOW so much so that I don't really like the way I conceptualize its use to be fucked with. On the other hand, it would be snazzy to have a keyboard version. Apparently, they also announced that they'll be announcing another announcement soon, so we shall see. I'm obviously buying something from Elektron in the next couple months. I just don't know what it is yet.

2. MeeBlip Anode - I don't know why, but the word "anode" makes me want to get out my Crandall's Big Book Of Snark. It's a funny word. Whatever. New MeeBlip! I have the other two iterations, so I will, of course, buy this one. Although I'm of the considered opinion that Peter should just give it to me for all the joy I bring him. He won't, but he should. This one has all the controls nobody ever used removed, and an analog filter added. (The previous two had digital filters.) It's a Twin-T filter, the same one that makes the 808 Boooooooom, so there's that. $109 until Dec. 3, $129 thereafter. The MeeBlip family has always been, and will continue to be, the best value in hardware synthesis, and the Canadian Royal Mail will probably continue to suck. Immutable facts, ladies and gentlemen.

3. Cubase Adds Gesture Control - And strangely enough, Logic still doesn't understand what to do when I flip it off. Typical Apple DAWs, always playing catch-up.

In scrolling back through the week's RSS trail, that is actually kind of it. New sample set from Standard Beat Company that is worth checking out (one of Wade's better sets, IMO), I'm back to working on an iOS port of Phosphor, and Adam is working on the panel circuitry for the big-ass Audio Damage Eurorack modules. What are you up to?
READ MORE:
27
TAGS: Busy Busy BusyGAS

Nice headstock! Funny, I was just wondering, after jumping on the MeeBlip 'Anode' pre order train, what CR might have to say about it, as well as recent announcements from Elektron, etc. Lo and behold, and thanks for the insight. As for Logic, you still have to do your Gestikulation im Deutschen... a holdover from the Emagic days... works like a charm! Back to distorting xmas carols...
Nov.27.2013 @ 6:08 AM

You are right that Big Beat probably won't make a comeback, but I am happy to see that you are coming out with a new EP in that vein. I think it was the genre that got many of us now 30-somethings to consider electronic forms of music.

I am trying to decide if I want to get an A4 keyboard to go with my desktop version (and pray for a poly chain mode) or a Bass guitar which I have always wanted. Oh, and I started a micro net label because I am, basically, an idiot. So really I am just trying to relive my youth as I approach 40 by making exactly the same mistakes I made the the first time.
Nov.27.2013 @ 11:21 AM

@un.ku: Well, you'll just have to wait until Monday to see, won't you?

@all else: I've pretty much decided to get the AK at this point. So, unless Adam wants mine, I'll have an A4 for sale here pretty soon.

All bets are off when they announce another machine, though.

ANALOG MODELING! Seriously, resistors and capacitors and op amps and VCAs are making me feel like I'm a 21 year old EE student again, obviously without the capacity for cheap liquor.

I haven't paid much attention to the Meeblip. Is there a community of people doing updates to the DSP and whatnot? I sometimes to think it might be fun to play with, but it's also a bit close to the day job. The price is right though.
Nov.27.2013 @ 11:47 AM

Sorry Chris, to wet my pants in anticipation. Patience is a virtue I must learn to practice.

It is kinda sad that Black Friday has become the music software nerd's Xmas. Or methadone. I'm not sure which is the more apt metaphor.
Nov.27.2013 @ 2:47 PM

Archtops. Yes. Just plain archtops. If that Silvertone is not an archtop, I will feel foolish for, potentially, minutes!
Nov.27.2013 @ 7:00 PM

It's my favorite musical instrument I own. I've had it for 20 years, and it has appeared on dozens of songs. Silvertone H263 archtop acoustic in original blond (which I've never seen; every other H263 I've come across is black or sunburst.) I usually string it with electric strings, tuned open Dm, and record it with a contact mic. Here it is with .010 electrics, tuned E regular, with a ribbon:

Actually, it reminded me that this track is that guitar too, much better played.

Not one of my better songwriting efforts, but a fun song to record. The organ is the famous Moog White Elephant (CDX). I actually had to give that thing away to get it out of my house. Yay, 90s!

if that show "Almost Human" is any indication then big beat might indeed be on the uptick.
Page 1 of 3